Skip to content
Sea Doo Ticking Noise when you Press the Start Button?

Ticking Noise when you Press the Start Button on your Waverunner? Replace the Solenoid! 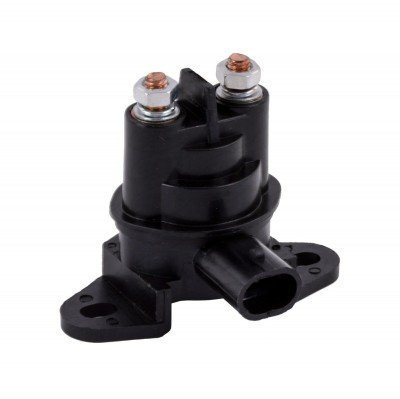 How to Test for a Bad Solenoid

If you’re getting the “tick tick ”sound when trying to start the engine, there are a few ways to verifying that the problem lies with the solenoid. There’s the “easy” (but dangerous if gas fumes are present) method that uses only a screwdriver, and then there’s the “right” (much safer) way that involves a voltage meter. The screwdriver method produces a spark, so if you’re up front near the fuel tank, “boom” that’s very dangerous.

“Easy” screwdriver test method: You don’t need the key on the ignition post for this test. Pop off the covers on the red boot shown above, which will expose the two posts and nuts that attach the two wires to the solenoid (one wire comes from the battery, the other goes to the starter). Take a long screwdriver (preferably with plastic or rubber-coated handle) and briefly touch both exposed posts at the same time. Don’t be alarmed if you see a brief spark (and for that reason, it’s a good idea to make sure the area is well ventilated so there are no gas fumes). The spark is the result of your screwdriver basically performing the job of the solenoid: connecting 12V of power from the battery directly to the starter. If doing this screwdriver trick causes the engine to turn over, then you can be certain that the solenoid is indeed the problem. If it were a bad starter button instead, it wouldn’t try to actuate the solenoid, and so you wouldn’t have heard the “tick tick tick” sound when you press the button.

“Safe” voltage meter test method: You do need the key on the ignition post for this test. Expose the solenoid’s posts as described above. Put your voltage meter in the appropriate mode to test for 12 VDC (including one decimal place) and touch a test lead to each post. Put the engine in “drown mode” by holding down the throttle all the way (you can put a rubber band around it to hold it open), then press the start button. The voltage across the solenoid should be no more than 0.2 V. If you show more than 0.2 V going across that connection, then your solenoid is confirmed bad. Another method is to check for 12v coming from the battery side of the solenoid. When the start button pressed 12 volts should be on both posts with the meter’s black lead going to ground. If 12 volts- present but the ski is not starting then the starter is bad. If the starter is accessible you can bypass both method’s and just check for 12 volts on the starter when the start button is pressed. 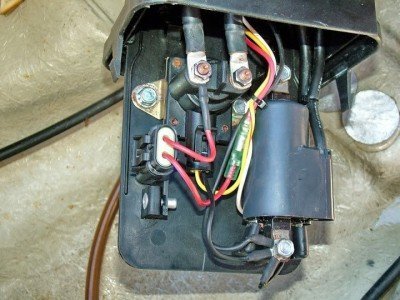